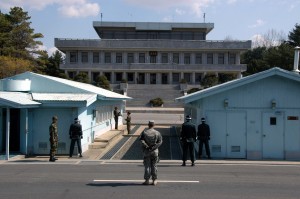 View of the North from the southern side of the Joint Security Area.

North Korea presents difficult challenges for US foreign policy. The six-party talks which attempted to put a stop to North Korea’s nuclear programs, and involved major players in the region, did not yield substantial results. More recently, Kim Jong Un’s rise to leadership in the wake of his father’s death has not brought a stop to the North’s ambition to be a serious nuclear power. New reports have emerged that North Korea’s Yongbyun nuclear site has exhibited signs of operation again. It appears that like his father, Kim Jong Un is unfazed by sanctions and international pressure, and has continued the pursuit of nuclear arms.

However, things are changing both inside and outside of the DPRK. The US has grown wise of the Kim family tradition of threatening regional security, a tactic it used to receive aid in exchange for stopping aggressive behaviour. Kim Jong Un’s last attempt at threatening regional security fell largely on deaf ears, and tested China’s patience with its belligerent neighbour. Reality is changing for North Korea; it cannot rely on old tricks to maintain regime stability anymore. It faces a myriad of issues both internally and externally that will affect its ability to throw its weight around internationally, and maintain iron rule at home. If nothing changes, regime collapse is a real possibility in the near future.

A recent study undertaken by RAND, titled Preparing for the Possibility of a North Korean Collapse, raises questions over how prepared the US is for regime change in the DPRK. It also highlights how the US needs to change its policy to better prepare for such an outcome. The immediate past U.S. commander in Korea, General Walter Sharp, summarized the North Korean situation in the report:

“Combined with the country’s disastrous centralized economy, dilapidated industrial sector, insufficient agricultural base, malnourished military and populace, and developing nuclear programs, the possibility of a sudden change in the North could be destabilizing and unpredictable”

The report goes on to assume that in any situation where North Korea collapses, South Korea, the US and China would take the primary responsibility for security and stabilizing of the North, as well as an eventual reunification process. North Korean collapse has been on the table for decades, and as such the report should presents no real surprises to analysts. What is more alerting is the comprehensive analysis of potential consequences should the regime fall. The report also emphasizes an increasingly consensus opinion among experts that regime collapse could be the worst case scenario… well, other than a nuclear strike on one of its neighbors.

The crux behind potential regime change centers around Kim Jong Un’s coming to leadership. Experts argue that his appointment has put North Korea in a state of unconsolidated leadership. There were legitimate questions regarding KJU’s ability to cultivate relationships with the ruling elite. His aunt, Kim Kyong Hui, has been critical in the transferring of party power and responsibilities. Kim Kyong Hui and her husband Jang Sung Taek, will continue to provide KJU with much needed support. As Kim Il Sung’s daughter, she commands considerable power and respect from senior officials. 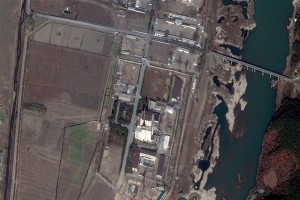 However, factionalism within the party and KJU’s recent purging of his father’s favourite army chief reveal cracks in the foundation. Army chief Kim Kyok Sik, who was  largely responsible for the sinking of the Cheonan and the bombarding of Yeonpyeong Island, mysteriously disappeared a couple of weeks ago. This is not the only rearrangement that KJU has made, and likely not the last. The military suffers from widespread corruption at all levels and is unlikely to be whipped back in shape by KJU, who is not known for being a military man. Kim Jong Il consolidated his rule by being a strong military leader and being bread for leadership since birth. Kim Jong Un’s path to leadership has been very different, and securing his leadership will involve moving pieces to ensure he has his key supporters close by.

Change in the regime’s upper echelons could be a positive sign of progress, as opposed to a lack of support for KJU. Despite his initial acts of aggression, many experts still expect that KJU will lead a more progressive regime. North Korea’s problems cannot be solved by old regime tactics of propaganda and persecution. The purging of hardline officials and senior army chiefs could be the first step in such a process. Economic reform, including privatization and the creation of special economic zones, also shows acknowledgment of how serious the economic problems are.

Despite the problems NK is facing, change couldn’t come at a better time. The world order is changing. At the height of US power and influence, the US was unable to force North Korea into submission over the nuclear issue. The likelihood of that happening now is close to zero. Even as Sino-US relations improve, China is unlikely to adopt a hardline stance over NK’s nuclear program that hinders its influence over its neighbor. It will continue to pursue non-proliferation, but not at the cost of the breaking down of relations. Many have grown weary of the traditional approach to North Korea and want other options to solving regional security. However, KJU will not engage in serious diplomacy unless he feels he is being treated as an equal and not being undermined.

RAND’s publishing of this report could not have come at a more appropriate time. Changes in North Korea are occurring and will continue to. Unless KJU opens up soon to the idea of nuclear-only talks, which involve him giving up his only bargaining chip, then the US should cultivate and encourage change via more diplomatic means. Meeting North Korea as an equal, and not under the precedent of halting their nuclear program, could open up the possibility of serious dialogue on the issue down the road. This could put everybody in a better position to deal with a possible collapse. Better yet, it could facilitate the liberalization of North Korea.  As the report states, the US, China and their respective allies should prepare for all eventualities. What is critical for the time being is how they engage with North Korea whilst waiting for whatever eventuality may come. 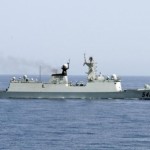 This past week has seen a war of words between China and Japan. Though not an unfamiliar situation, China and Japan have been locked in a face-off over several issues …

Related articles in the categories Asia and Australasia, North America