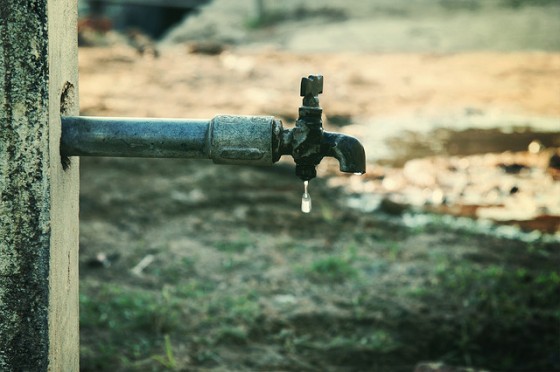 Global environmental change is increasingly challenging our surroundings. Through destructive weather events, water scarcity, food shortages and natural resource competition, we are being forced to alter our daily lives and adapt to the effects of the degradation of land and man-made creations. We have already seen, and will continue to see, the negative consequences for food production, access to clean water, and increase in the spread of disease. Through pollution and overfishing, an even larger loss of biodiversity of plants and animals is an impediment, not only to the ecological cycle, but to sources of food for humans. Human settlement will be tested, and the desperation to secure natural resources and supplies of energy can generate the basis of violent conflict.

Water is just one example of a resource which is being intertwined in politics and security because of its now precious status. The once-renewable energy source is now non-renewable. Fresh water resources are unevenly and irregularly distributed, and some regions of the world are extremely water-short. Water scarcity largely results in poverty, but it can also create mass migrations and diminish the security of a nation. Being physically restricted from water is not always the biggest issue for a state – the absence of fresh water runs in tandem with political and economic objectives.

The root causes of a conflict may only have a small part to do with water scarcity. Usually, bodies of water flow through, or border several countries, and sometimes states may not fight over the resource of water itself, but for its political boundary. Violence may also come about when water availability affects other factors that are more prone to disputes such as fisheries, historical importance, population demands and effects on agricultural areas. Resource scarcity has motivated wars, historical or contemporary evidence does not support the notion that major wars have been fought over water resources. The examples following will show the importance of water as a factor causing violence between states, however they were not waged simply because of the global environmental change of water depletion.

If one looks back in history it is easy to find a clear conflict with a strong relation to water scarcity – the Six Day War in 1967 between Israel and Egypt, Jordan and Syria. One part of the Israeli struggle against the Arab nations related to the Jordan River and the Arabs’ plans to withdraw water from Israeli’s carrier and divert it through a dam into Lebanon. They would extract the water before the Jordan River reached Israel and thereby reduce the volume of water available to Israel. Israel has an arid environment which has faced periods of droughts, and agricultural crops would be significantly damaged if the Jordan River was diverted. At this point in time Israel needed to cope with an influx of Jewish immigrants as well, making its population significantly larger. The need to support a growing population with an insufficient quantity of fresh water was a causal factor of the conflict. Citizens of the new state were intent on conducting water-intensive commercial agriculture such as growing bananas and citrus fruits, demanding fresh water supplies. But the skirmish over water plans was only one part of the story; the main goals of Israel were to target these nations politically. Their main aims were to shatter Nasser’s Arab nationalist prestige, to enhance the country’s strategic depth, and to fulfil longstanding territorial ambitions. Although water depletion was a component of the Six Day War, it was not the most significant goal for the Israelis.

Another example of tension over water sources is the relationship between Turkey, Syria and Iraq over the Tigris-Euphrates River system. The head waters of the Tigris and Euphrates lie in eastern Turkey but flow into Syria and Iraq, making Turkey the most powerful in the system. Turkey’s initial interest in these waters was for energy provision, as the country lacked a stable energy base for industrial development. Turkey has developed elaborate dam systems in order to achieve its goal of becoming self-sufficient in food production, deeming water development as the key to this goal, and diverting one third of water supplies. Syria, insecure about the remaining water supplies for itself, began developing its own dam systems in order to protect their share. The plans of Syria have, however, failed. Iraq is the last to receive water from the flow, but the concentration of dissolved salts in the river caused by upstream irrigation worsens its already problematic dilemma with saline soils. It is also most at risk of losing fresh water because of its arid climate. 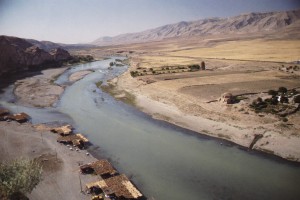 In 1990, Turkey shut off the Euphrates river flow, cutting off Syria and Iraq from water supplies. Political advantages and violation of international law by not informing the neighbours in advance of the construction of the Ataturk Dam, causing agricultural damage, were the reasons Turkey was accused of using water for its own advantages by Syria and Iraq. Both Syria and Iraq protested to the Turkish government and threatened military action. Conflict was avoided in this case. However, Turkey has also used water cut-offs as a political tactic such as when tensions over Kurdish issues built up which Syria supported in 1989. Although there was no conflict, there are tensions in the Tigris-Euphrates River system that has lasted decades, but not all issues are surrounded by the sole need for water.

As seen from these two cases, water can be a transboundary source, meaning the water will pass through several state borders and disputes are likely to occur. The resource is at risk because of overuse by states which mainly benefits one consuming country, and damages the supplies for the rest of the consumers – producing fear that a state may completely lose out. This encourages over-exploitation of water and its inhabitants, as seen with Syria.

However, there are examples of outright battles for water, without the extra baggage of politics attached to it. Increasingly, in the 21st Century, there are conflicts occurring because of the effects of climate change in the rural areas of Africa. An example is the nomadic tribes of Kenya and Ethiopia coming into conflict over water scarcity. Their livelihoods depend on growing crops and raising animals which require searching for water and grazing lands. The Omo River and Lake Turkana are the sources of this conflict. The herdsmen of the tribes must search in wider perimeters, potentially crossing territory borders. The lake is diminished slowly because of the evaporation from higher temperatures and a steady reduction in the flow of the Omo due to less rainfall, increased diversion of water for irrigation, and upstream dam projects. The conflicting tribes are killing each other, stealing livestock, burning each other’s houses – fighting for grass and water.

Water scarcity and environmental degradation has been a factor of violence. There are other major aspects that are attributed to it such as: political tensions, territorial disputes, economic motives and ethnic disparities, to name a few. The examples of Israel and Turkey show state desperation and political motivation for obtaining the natural resource, but there are nomadic tribes, citizens who live basic lives, dependant on the Earth for survival, who are fighting purely because of the shift of climatic events. The most devastating impacts will be in developing areas where they will have few resources and little technological or social capacity to deal with environmental changes. Even though traditionally, throughout history, violence between states and within them was not sparked because of water scarcity, the world is now seeing a new development where environmental degradation is causing aboriginal populations to fight for a resource required for survival.