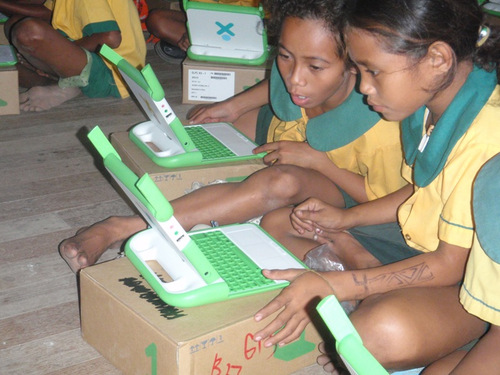 The global Internet population rounds off at nearly 2.5 billion people, who use the web to access information, connect with others or simply escape reality. But the world’s poorest 4 billion are still not plugged-in, remaining oblivious to life outside of their own community.

Using current trends to gaze into the future is like looking through a kaleidoscope that displays divergent images of reality—the good, the bad and the ugly. At the state level of analysis, the three-dimensional chess game unravels diffusion of power among major power players, including the U.S. and some BRICSAM countries. States’ actions and political developments are not mutually exclusive, as they interact to shape the trajectory of foreign policy. A closer look at the individual level of analysis makes it clear that it is individuals who fill a state with life and character. By 2030, these individuals may be empowered by factors that include poverty reduction, growth of the global middle class, greater educational attainment and improved healthcare. The National Intelligence Council’s (NIC) Global Trends 2030 report suggests that widespread use of new communications and manufacturing technologies is a propelling force in materializing this vision of individual empowerment.

The global Internet population rounds off at nearly 2.5 billion people, who use the web to access information, connect with others or simply escape reality. But the world’s poorest 4 billion are still not plugged-in, remaining oblivious to life outside of their own community. As of January 2014, Internet penetration figures by region were 12 percent in South Asia, 18 percent in Africa and 25 percent in Southeast Asia. Central Asia, Central America and the Middle East also trail behind global averages with internet penetration below 40 percent. Limited Internet access in some regions can be attributed to heavy government regulation and limited investment in the infrastructure necessary to support broadband. According to the Pew Research Center, states with lower Internet penetration also tend to have lower levels of support for Internet freedom. While this perception of Internet freedom may seem counterintuitive to those leading lives fully integrated with technology, it’s understandable that individuals completely disconnected from the digital world may not be fully aware of its benefits.

A sizable population in the developing world finds itself at the bottom two stages of Maslow’s pyramid: satisfying only their physiological needs of food, water, shelter and warmth; as well as safety or “freedom from fear.” Abraham Maslow’s theory of human motivation has five sets of needs with the next set kicking in as soon as each level of needs is satisfied. At the individual level of analysis, this links human psychology with actions. A recent internet meme, which added Wi-Fi below the physiological stage of Maslow’s pyramid, epitomizes the Western perception of Internet as a basic need. Internet access has the power to enable “freedom from want,” “freedom of speech” and even “freedom from fear”—three of the “Four Freedoms” famously articulated in U.S. President Franklin D. Roosevelt’s 1941 Congressional address. The Internet works in tandem with individual freedom and provides educational tools needed to empower citizens and their respective communities.

From Google’s whimsical balloons to Facebook’s solar-powered drones, technological giants have partnered with carriers and handset makers to help unite humanity. Beyond the obvious goal of expanding their user base as Internet infrastructure reaches its limits, these partnerships emphasize an altruistic vision to break down virtual barriers. Devices floating above-ground may not seem to directly contribute to development in the same way that setting up businesses, paying taxes or training locals would. Still, reliable Internet access that supports more than just WhatsApp ushers in positive change. A pilot scheme that encourages more grassroots level projects—like local cyber cafes—is a more hands-on approach to this end. Providing a login-in for secure and fast Internet service allows a window to the world and an opportunity to unlock potential in developing countries, more effectively than foreign aid ever could. As opposed to a top-down approach, where aid can be siphoned off by corrupt and inefficient regimes before reaching those in need, change at the grassroots level is more likely to result in positive change.

The Info Ladies Project in Bangladesh exemplifies this ripple effect. Launched in 2008 by the local development group D.Net and other community organizations, the project trains women to use computers, the Internet and printers. In turn, they bike into remote villages to impart their newly acquired knowledge on the Internet and “a slew of social services,” including agrarian practices and public health issues. The human element helps raise awareness, while providing services desperately needed in these villages. With a monthly salary of $150 for bicycling “Info Ladies,” the program can also alleviate financial constraints and foster entrepreneurship that leads to investment in other ventures. Sathi, one participant in this project, was able to invest money in her parents’ market stall and transform it into a rural supermarket that sells flash drives, medicine, DVDs, etc.

This spread of connectivity is also taking root in remote parts of Africa. Most African cities have Internet access, but extending service to the rural areas is problematic. Internet access, however, may be an after-thought when other basic needs have not been met. As Bill Gates observed: “When you’re dying of malaria, I suppose you’ll look up and see that [Google] balloon, and I’m not sure how it’ll help you.” Rural communities are surely plagued by a plethora of problems, including lack of infrastructure, health care and financial access. By plugging-in for the power of information, there is an opportunity to nurture personal and professional development through tools that enable health care, education, agrarian practices and even entrepreneurship. Locally relevant information on low-input agriculture and pest management, for example, could help farmers yield greater output. People could tap into new forms of local entrepreneurship using mobile banking, which would provide access to financial services. Mobile commerce would connect consumers to urban goods, in turn, expediting communication with urban centers.

By empowering an individual with Internet access, the chain of socioeconomic development begins locally and produces a ripple effect. What is more, the developing world will be pivotal in dealing with the future challenges of climate change and increasing pressure from changing demographic patterns. So, please, let’s all plug-in for a more vibrant future.

This article was originally published by the Next Generation Initiative at EastWest Institute. 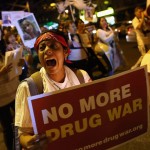 The War on Drugs: Is There Light at the End of the Tunnel?

From the looks of it, one of San Diego’s industrial-looking warehouses, sitting above ground, seem to echo business as usual—yet it masks a much harsher reality, penetrating deep into the border of Mexico… 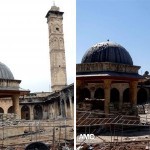 Syria: At the Crossroads of Security and Culture

Nearly three years of conflict in Syria calls for some reflection. As the Arab Spring reached Syria, Syrians took to the streets to protest President Bashar Al-Assad’s regime. Popular protests soon turned into a bloody tug of war between forces loyal to Assad and rebels… 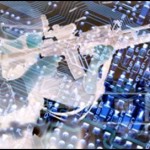 A Game Changer in Cyberspace: Has the Balance Tipped in Favor of China?

The U.S.-China summit held on June 8th was a venue for U.S. President Obama to discuss and perhaps even confront China on its aggressive activities in cyberspace. …