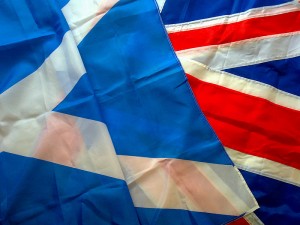 With the advent of the new year, analysts have been feverishly forecasting the political landscape for the coming twelve months. On the calendar of every expert worth his salt is a red circle around 18th September, complete with the scrawny note ‘Scottish independence referendum’.

For months Westminster has been vigorously limbering up for what promises to be a show-down year in British politics. At stake is the constitutional fabric of the United Kingdom and its four component nations. In competition with Cameron’s Eurosceptic billing for the 2015 general election is the prospect of Scottish independence, which beckons a wave of intrigue: how will Scotland and the United Kingdom fashion themselves? What are the socio-economic implications? What defence arrangements will Scotland be able to afford? Will it become a European ‘Banana Republic’, dangerously reliant on Whiskey sales and North Sea gas? How will everyday concerns such as pensions be addressed?

Despite endless debate, white papers, media coverage and succinct PR, very little is certain. This is probably because of the monumentally onerous challenge faced by civil servants on both sides of the border. However, this is no Yugoslavia, and certainly not the indictment of a bitter ethnic conflict. Reverse-engineering two nations that have existed peacefully as one for three centuries has little by way of comparative precedent, and foreign observers must sneer in disbelief at what appears a non-issue.

Whitehall would of course love for this veritable headache to disappear. It is very much a priority to risk-manage the UK’s international standing and dissuade the Scottish voter from approving a split, and to this end it has published a 100-page tome entitled ‘Scotland analysis: EU and international issues’. The document shares many sentiments with the ‘Better Together’ campaign, which has been in full swing since June 2012, and highlights the innate geopolitical obstacles that a fresh-faced Scotland would likely encounter.

Whereas ‘Better Together’ plays largely on an emotional connection between Scots and their English cousins (a shared cultural genealogy), the government report deploys cold political realism to deliver its message. Scotland ‘would have to start a fresh in terms of its formal alliances and links with every other sovereign state, including the UK’. Re-establishing 300 years of diplomacy in one fell swoop is a daunting prospect, and to dispense with any lingering ambiguity, the ‘Yes Scotland’ camp is reminded that ‘the UK would no longer have any obligation to represent Scottish interests as it currently does.’

Scotland would naturally remain a close ally of the UK by virtue of geographical proximity, regardless of where sovereignty lies. A serious foreign threat to one is just as perilous to the other. However, what the document really means is that Westminster’s obligations would end at Scotland’s coastal border, and exclude ‘membership of the international institutions and organisations it both wish[es] and [is] eligible to join.’ If Alex Salmond thinks Scotland will simply inherit a lucrative membership package for the major supranational bodies, he is mistaken. Why? Because he will have consciously sought to break from these associations.

In November, Spanish Prime Minister Mariano Rajoy expressed his opposition to Salmond’s desire for automatic entry into the EU: ‘It’s very clear to me, as it is for everybody else in the world, that a country that would obtain independence from the EU would remain out of the EU’. This attitude of “you’ve made your bed” naturally stems from Spain’s ongoing sovereignty battles with Gibraltar and Catalonia; accepting Scottish sovereignty unlocks a Pandora’s Box of self-determination for Europe’s burgeoning nations. However, Rajoy has a point. Leaving the EU through secession should not entitle a new state to forego the stringent qualification process. 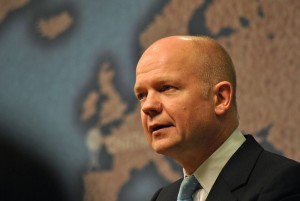 Foreign Secretary William Hague claimed that Scotland would have to ‘commit to joining both the euro and the Schengen area’ because ‘retain[ing] the pound…[would be] at odds with the EU’s rules for new members’.

Foreign Secretary William Hague has been consistently explicit about this. Whereas the UK ‘would be the same’ in terms of its international rights and obligations, Scotland would have to ‘commit to joining both the euro and the Schengen area’ because ‘retain[ing] the pound…[would be] at odds with the EU’s rules for new members’. Connected to this are the financial contributions the government would be obligated to make toward the EU budget, which the report estimates at €12.9bn per year (€1,100 more per household than at present). Even if membership were eventually granted, negotiations would be long and complex with little room for bargaining. And this is before Scotland’s much-berated defence proposals are taken into consideration.

In short, Scottish cessation threatens to be a titanic logistical exercise followed by years of austerity in the diplomatic wilderness. The new country ‘would not be eligible to join the United Nations Security Council as a permanent member, nor would it be likely to have single state representation at the G7, G8 and G20.’ The message for Salmond is plain; a vote for independence is a vote for international obscurity.

So where does this leave Scotland in 2014? On 7 February, David Cameron gave a gushing speech at London’s Olympic Park, decrying the fact he has just ‘seven months to save the most extraordinary country in history’. His career is on the line. The unmistakable message for Scotland was ‘we want you to stay’, for without you, ‘we are deeply diminished’. Sensing that time is against him, and feeling the weight of manifest destiny on his shoulders, Cameron’s appeal was a powerful, if patriotic, retort to Salmond’s wanderlust.

However, The Economist reports that although the ‘No’ campaign remains ahead in the polls, ‘undecided voters are more left-wing than the average Scot’ and ‘more inclined to think that Scotland would succeed alone’. As Britain becomes ensconced in analysing outcomes and risks, it seems increasingly likely that Scotland’s future will be decided by impetuous swing-voters. However, Salmond needs to convincingly prove he offers more than a nationalist leap of faith. So much remains unanswered. Even now, the Ministry of Defence is allegedly ‘putting pressure on defence companies to[…]highlight potential job losses and disruption’ should the split go ahead, and the Scottish Parliament can expect more red herrings thrown its way. But these petty jibes betray a moist brow in Westminster. Political tension will be palpable come September, but it is Scotland who has most at stake.

Related articles in the category Europe.