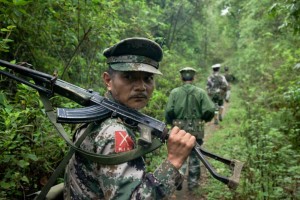 Power struggles, a constitution which deepened divisions and stormy rebellions brought Burma into the world in 1948 after its split from the British Empire. Now also known as Myanmar, the government has been in constant conflict with several ethnic armed groups demanding for equal political, social and economic rights since independence. One of these ethnic groups is the people of the Kachin State, a group which has suffered brutal military offenses since the 1960s. One of the longest insurgencies in the civil war and also in the world, the conflict in Kachin has recently developed to help pave the way for a potential peace in Myanmar.

The People of Kachin

The Kachin State is bordered by Myanmar’s Shan State and the Sagaing Division but also with the People’s Republic of China and India. In a rugged and mountainous terrain, the independent hill people of Kachin are known for their historical resistance to colonial rule by the British and their skill in agricultural practices – the area comprising of timber, jade and opium as important commodities. The word Kachin refers to the six groups in the state which speak Tibeto-Burmese with the largest, most influential group being the Jingpaw – most of which lead the Kachin Independence Organisation (KIO).

Veterans of the Second World War established the KIO in the hope of creating an independent ‘Kachinland’ due to promises of political autonomy by the government not being fulfilled. However, decades of fighting had taken its toll and the KIO wanted a political solution. The KIO took the lead in creating negotiations for a ceasefire for all ethnic groups and armed struggles and for this to be followed by political dialogues. Unfortunately, divergence and disagreements were rampant among the other ethnic groups of Myanmar, compelling the KIO to create their own agreement with the government in 1994.

The ceasefire of 1994 was not what the KIO had expected it to be. The demand for dialogue was pushed aside because of the continued and strengthened violence of the Shan and Karen groups against the government. The ceasefire was not a political settlement, it was a truce. During the times of ‘peace’, the Kachin people took matters into their own hands by taking formal administrative autonomy over the area which could be compared to functioning like a local government. The KIO created its own infrastructure, explored its economic opportunities through foreign interests, maintained their armed groups, initiated educational programmes in schools and created separate departments for affairs including agriculture and health.

Wanting more influence in government affairs, the KIO attended the National Convention which sought to create a constitution in 2008, however the KIO was not allowed to significantly contribute to the drafting, nor was discussion of any ethnic grievances possible. In the lead up towards the 2010 elections, the government pressed the Kachin Independence Army (KIA) – the armed forces of the KIO – to transform into Border Guard Forces for the state. The KIO refused which meant that pro-KIO politicians were removed from the election ballot, and the electoral commission prevented the registration of Kachin parties and independent candidates. This stirred tensions as conflict reignited in 2011 after the new government had taken office. 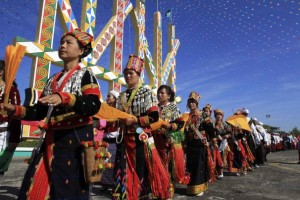 Clad in traditional dress, ethnic Kachin people dance during their Manaw festival to celebrate their new year in Myitkyina,  the capital of the Kachin State. (Image: Khin Maung Win / AP)

Security: People’s Republic of China and the Kachin State

China needs Kachin for economic growth in its Yunnan Province. China has invested in many dam projects in the region, however, the most controversial is the Myitsone Dam, a hydropower scheme which is currently suspended, but would be predicted to generate 90 per cent of its electricity to feed Yunnan in exchange for $17 billion over 50 years. It was approved without the consultation of the local Kachin people and has been responsible for displacement, environmental degradation and damage to heritage sites. This project was one of the sparks igniting conflict in 2011, but it is still unclear whether the dam will resume construction.

The Chinese are also interested in the crude oil and natural gas the area has to offer. Two pipelines have been constructed to the Yunnan Province for economic benefits to China and the Myanmar government. The pipelines provide an alternative route in bypassing the vulnerable Strait of Malacca for the rich resources. The pipelines are due to begin oil transportation at an unspecified date during this year. Other resources that China has invested in are jade and timber. However, besides the economic gains, China is weary about its border security with fears of conflict spilling over into its territory. There are over 100,000 Jingpaw Chinese citizens in Yunnan and China fears large influxes of refugees in the area if conflict heightens. But here is where the dilemma lies: if suddenly the KIO were to disband, the chaos following this could lead to clashes on the Chinese border – or if peace was reached and the Kachin State became more integrated with the government, unofficial, yet significant links could be lost for future bargaining. China’s intervention became vital for their national security.  Political risk and uncertainty pushed the Chinese to become involved in the conflict as they brought the Myanmar government and the KIO back to the drawing board and into formal negotiations.

A Potential for Peace?

On May 30 2013, the Myanmar government and the KIO signed a seven point agreement agreeing to:

–          Engage in dialogue regarding the repositioning of troops

Surprisingly, the agreement was pushed through on Myanmar soil and on conditions that only China and limited representatives from the United Nations were to be the international observers present. China understands that this conflict is a domestic matter, however, it challenges its investment interests and has decided to take a bold move in mediating the tensions between the Kachin and the government. It is believed that the pressure and mediation efforts from China helped maintain the already tense situation from escalating. The agreement was careful in its wording not to include the term ‘ceasefire’, but it does mark the end of government brutalities on ethnic armed groups. This is only the beginning of a process of consolidating peace and armed conflict cannot be ruled out as a future possibility.

On the Ground Now

Last week the KIO opened its office for the Technical Advisory Team as negotiated in the agreement, however, during the ceremony, government troops clashed with the KIO in the Shan State. It becomes ironic that this incident occurred on the launching day of an office created specifically to prevent attacks between hostile groups. Since the signing of the agreement, more than 20 clashes have taken place between the government and the KIO which brings into question the regime’s commitment to the peace process. The dilemma of internally displaced people is a continuing crisis in Kachin with over 100,000 people forced to leave since hostilities resumed in 2011. Teams have been sent to investigate villages in Kachin finding wrecked infrastructure and total desertion of areas. Weeks after the agreement was signed, the government allowed the United Nations to enter the region for humanitarian assistance, however there is currently a serious funding shortage – the UN raising only $14.6 million out of the $50.9 million needed for an efficient response plan. KIO controlled areas are also difficult to access and IDP’s must rely on community organisations for their basic needs. 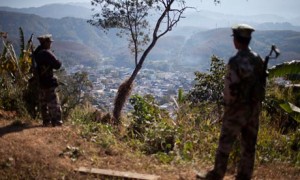 Steps towards a Sustainable Peace

The approaches for peace in Kachin will be difficult and extensive, and cooperation from both sides will be key for avoiding future collisions under fire. Initially, the IDP crisis needs to be dealt with, humanitarian assistance is vital and donor support will be needed for long-term development of Kachin communities. Connecting and managing government refuge and KIO controlled areas will be necessary, as well as providing vocational training, food, healthcare, education and sanitary equipment. The Myanmar government also remains stubborn on the creation of a Border Guard Force because in their eyes, this is a way to achieve peace – but integration of armed groups in a state military force will not be easy. Political compromise must be carefully planned as transition for integration in exchange for local democracy can create further tensions. The Myanmar government must be able to keep their word – if past experience is anything to go by, the people of Kachin will find the regime difficult to trust.

An economic transformation needs to occur from a conflict-based economy to one that can provide benefits for the Kachin State and its people. The negotiation table was barely grasped by both sides because of their Chinese mediators and their investments in valuable natural resources, but this has also created considerable resentment among the locals. The extractive nature of the projects already undertaken meant that there were little benefits for the people of Kachin, the effects on the environment impacted livelihoods and there was insufficient development efforts carried out by the international community. The KIO desperate for profits in order to sustain its armed missions meant that operations were not regulated properly and illegal activities occurred on the ground. Presently, the locals do not benefit from the resource economy; regulation of resource extraction is needed and the inclusion and integration of the borderlands into the national economy is sought after. The most difficult hurdle for sustainable peace will be community gain from the projects, since currently the largest profits go to non-Kachin business interests and private companies in Myanmar.

Finally, an enduring part of the peace process in the Kachin State, and in Myanmar in general is the continual building and maintaining of relationships. Building trustful relationships between people in power on both sides of the conflicting parties must continue; encouraging the creation of relationships between people across all ethnic groups; more opportunities for building the capacity of individuals; and the creation of space to build these interactions are vital. Although the peace agreement has been a major step forward in terms of ending armed conflict in the Kachin State and it has provoked a need to build relations between groups and the state, the agreement does not guarantee a total stop to the violence. There are plenty of issues which still need to be resolved in order for long-term peace to be achieved and maintained. Underlying political issues still need to be addressed and more detailed arrangements must be made, nevertheless, the resilient people of the mountainous hills hold hope not only for their region, but for the country as a whole. 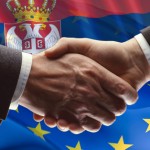 Serbia’s Journey to the Holy Grail: A Report on its Accession into the EU

Serbia has been seen as corrupt, politically unstable, technologically backward, and filled with ethnic tensions. The violence Serbia has engaged in tainted its reputation and it will remain in infamy …

Related articles in the categories Asia and Australasia, Peace Negotiations and Reconciliation