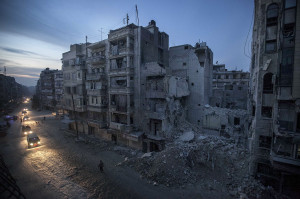 US strategy towards Syria remains ineffective, confused and doomed for disaster. Key US interests simply have not been defined in the context of Syria. While regional stability is a vital interest this is not a situation where increased US involvement can help. As Hugh White has recently pointed out the entire Sykes Picot era is rapidly crumbling. For the US, or any other power, to think that they dramatically alter this wider strategic change rests on little more than hope and nostalgia. The initial restraint from Obama was well founded. While different, Iraq and Afghanistan highlight how full scale involvement does not lead to desired outcomes either. Nonetheless, the US has decided to be directly involved.

The decision to support anti-government forces lacks any overarching strategic guidance. The pretext for intervention was the use of chemical weapons. Despite these dubious claims and statements from the UN which suggested it could even be the rebels using chemical weapons, the death toll from them remains relatively tiny compared to the 100,000 overall dead. This decision only declares the hand of the US while doing nothing to change the overall situation.

Syria already remains awash with arms. Saudi Arabia, Qatar, Jordan and Turkey already supply the rebels along with supplies coming from Libya. The Gulf states have long been supplying weapons with 3,500 tonnes of weapons already having been shipped. Saudi Arabia, especially, has reportedly already begun shipping anti-tank and anti-aircraft weaponry to the rebels; a dangerous development. Combine this with captured regime weapons the proposition that there is a scarcity of weaponry remains detached from reality.

Furthermore, the question of who the US is arming also must be raised from the outset. Edward Luttwak’s first rule of arming rebels is ‘figure out who your friends are’. It has become increasingly clear this year that the US does not know who its friends are. The old adage an enemy of an enemy is a friend died with the collapse of the twin towers. The Syrian National Coalition (SNC) are the supposed ‘moderates’ supported by the Free Syria Army (FSA) who the US identifies as allies. However, they are politically divided and ineffective and the FSA is not much more than a loose affiliation of brigades spread out around the country. Their objective is little more than the removal of Assad. If the SNC was a politically unified organisation with effective control of the military wing and an identifiable plan post-Assad, supporting them would be much more logical. The reality though suggests that weapons will be distributed in a decentralised manner with no possibility of any meaningful control over them. 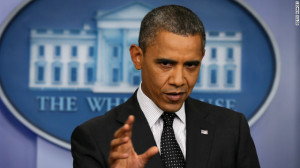 “We have been very clear to the Assad regime — but also to other players on the ground — that a red line for us is we start seeing a whole bunch of chemical weapons moving around or being utilized”. “That would change my calculus; that would change my equation.” (Source: CNN)

In contrast to the potential friends of the US are the Salafi groups operating within Syria. There are a multitude of these groups all with their own separate objectives. There is a real fear that any weapons being supplied to the FSA are going to fall into the hands of groups such as Jabhat al-Nusra, the most high profile group affiliated to Al-Qaeda. These Sunni groups are largely supported by the Gulf states who in turn have their own agenda. For them the toppling of Assad is more about zero-sum game balancing against Shia dominated Iraq and Iran in favour of Sunni state. Saudi Arabia and Qatar have now begun a proxy war against Iran but also amongst each other as they fight for ascendency over the rebels. This is something the US could support from afar by letting a regional powers do all the work and bearing all the costs.

With no allies clearly identifiable that have any capacity to end the conflict or provide stability post-Assad, the US strategy is nothing more than a desire to be seen to be doing something. Some have said that this will strengthen the ‘moderate’ elements of the rebels and allow them to engage in political dialogue, the Geneva II conference, from a position of strength. This is turn will put pressure on Russia to encourage Assad to attend the conference. The most obvious problem with this logic is that a conference is such a remote possibility. It is now set to take place sometime after August, but there is no guarantee it will take place at all. The length and intensity of the conflict simply does not lend itself to a political solution that is long lasting and stable.

A recent International Crisis Group report on Syria stated, on the matter of Western military options, “there is scant reason to expect [it] to fundamentally shift the war’s trajectory or intensity, let alone compel the regime or its allies to back down rather than double down”. The US, therefore, has a strategy that only prolongs the conflict and directly enables the very groups they seek to destroy. With no end game or defined medium term objectives continual military escalation is now a distinct possibility. While no one is talking about ‘boots on the ground’ someone eventually will. When neither arming the rebels nor a no-fly zone works, the only thing left is that very prospect. It is a strategy that is leading the US down a path to disaster.