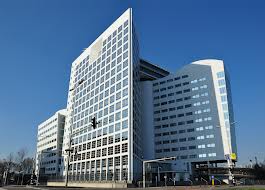 The International Criminal Court in The Hague

Not too long ago Bosco Ntaganda, alias “The Terminator”, walked into the US Embassy in Kigali and surrendered himself to the International Criminal Court (ICC). This admittedly surprising event shed once more light on the ICC and Africa. Indeed, if the ICC appears in the media it is in the large majority of cases related to the African continent.

Arrest warrants for thirty individuals, all of whom are African, have been issued so far by the ICC. Cases in other parts of the world were and still are investigated, but not a single one was followed up yet. Thus it does not come as a surprise that the Court is often accused of being a tool of        Western Neo-colonialism.

But are these allegations justified?

Out of 54 African states 33 have signed and, in the majority of cases, ratified the Rome Statute – the treaty that established the ICC in The Hague in 2002. This number accounts for nearly half of the 121 current state parties. The large majority of the other state parties are either from Latin America or Europe. Asia is still significantly under represented at the ICC and three out of the five UN Security Council (UNSC) members are not a State party either (China, Russia and the US).

Over the recent decades not only Africa, but also Asia, Europe and Latin America had to bear witness to heinous crimes. However, it is important to note that the jurisdiction of the ICC encompasses only crimes committed after 1 July 2002. Thus, neither international crimes committed in Latin America during the 1970s and 1980s nor the war in the Former Yugoslavia fall under the jurisdiction of the ICC. Consequently, if ICC had existed three decades before, the world would have probably witnessed the trials of several individuals from other regions of the world. Moreover, the African continent witnessed a decreasing, albeit still high number of conflicts since 2002.

Many critics provide distorting arguments and seem to miss the bigger picture – in particular the one of the Court’s limited jurisdiction.  Although the Court is described as “international” the ICC has merely jurisdiction over

Moreover, and most importantly, the complementarity regime of the Rome Statute ensures that the ICC only acts as a court of last resort. That is, if the respective state is willing and capable to investigate the alleged crimes, the ICC will not exercise its jurisdiction. 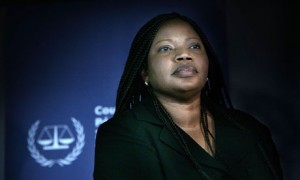 The main argument advanced by the Court’s critics is based on the fact that several non-African cases were dropped. However, these decisions are directly related to the limited jurisdiction of the Court as they did not fall under the subject, territorial or temporal jurisdiction of the ICC (Iraq, Venezuela). The case of Syria was not transferred by the UNSC due to the veto of China and Russia. The three western members – France, the UK and the US – however, were in favour of a transferal.  And the case of Palestine was not investigated by the ICC as Palestine was not considered as a state and therefore unable to address the ICC. However, as mentioned in an article written for this blog a few months ago, an interesting development has taken place at the UN in reference to the status of Palestine. It should also be noted that there are currently ongoing investigations in several non-African countries. It remains to be seen if indictments will follow.

Most importantly, four of the current eight cases (Central African Republic, the Democratic Republic of the Congo (DRC), Mali and Uganda) are based on self referrals by the respective states. Although the DRC did only refer the case after the ICC closely followed the events in the crisis region in the eastern part of the country. Further, the cases of Darfur and Libya were referred to the ICC by the UNSC – with the support of the African non-permanent members on the Council. Merely the cases of the Ivory Coast – which accepted ICC jurisdiction – and Kenya were opened by the ICC’s Prosecutor.

One is tempted to accuse the ICC of neo-colonialism. However, the Court can only act in the ambit of its powers as manifested in the Rome Statute. Power politics play a significant role in the UN Security Council and if cases, such as the conflict in Syria, are not transferred to the ICC, critics need to point their finger at the UNSC or at states that have not signed or ratified the Rome Statute. The ICC cannot be blamed for not investigating case outside of its jurisdiction.

Conclusively, the high number of African state parties combined with a high number of devastating conflicts is responsible for the large number of African indictees. To claim that the ICC is a western tool to advance neo-colonialism is not only misleading, but it also distorts the facts outlined above. Most importantly, the ICC’s very objective is to exercise the rule of law, that is the investigation of crimes that fall into the ambit of its jurisdiction. The investigations, then, are not merely based on political capriciousness, but on the objective to exercise justice and to deter future crimes.

Unfortunately grave violations of international law do still take place in Africa and the approach of the ICC to hold those accountable who destroy the lives of millions should be welcomed – not criticised. The ICC was established to exercise justice and to end impunity. The fact that it cannot do so in one region of the world should not deter it from intervening where it has the possibility to do so.