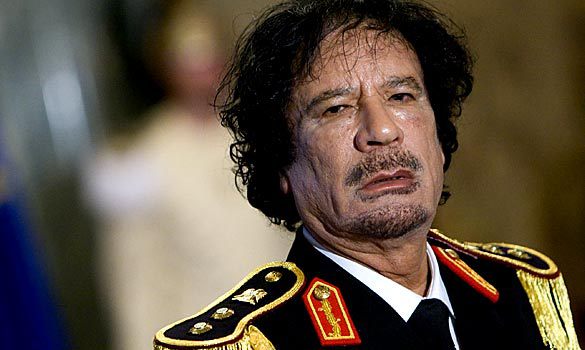 In the aftermath of victory in the 2011 Libyan Civil War, the victorious rebels and the transitional government they put into place seemed destined to become an example for the world to follow. When David Cameron and Nicolas Sarkozy visited the country in September 2011, both were reportedly impressed by the state of affairs in the Post-Conflict Libya. And why not? Buses were running, businesses were operating, and people were continuing with their lives. The population were looking forward to a bright future, free from oppression.

However, this was merely scratching the surface. Libya in 2011 had a host of structural problems to overcome, issues that have not been properly addressed since, and that have developed into unchecked crisis. Through a combination of factors Libya once more stands divided, and on the brink of war. Why? In this three part series, I will analyse the three decisive variables which have driven the Libyan crisis in the post-war period; the legacy of the previous regime, the failure to establish political unity, and the failure to establish security.

At war’s end, politics in the new Libya were always going to be characterised by what had come before, and what had come before did not present the new regime with any favours. Ultimately, the very organisation of a transitional government and the further creation of effective institutions of governance were made significantly more difficult by the legacy of the previous system. In 1977, Qaddafi introduced the Jamahiriya system, a political structure that aimed to draw maximum participation from the population through direct democracy led by executive committees. Though, of course, much of this participation was a sham, it did give the people an outlet to voice their concerns, which were acted upon. This system applied to everything except for defence, petroleum and foreign policy, and had no formal leader; Qaddafi, as ‘leader of the revolution’ having ousted the previous ruler, King Idris, in 1969, held no de jure role within the political system. Nonetheless, the system he instituted enabled Qaddafi to isolate and divide any potential opponents, whilst maintaining his legitimacy.

Economically, Qaddafi was able to point to significant gains in the standard of living as further justification of his rule. The Colonel embarked upon a policy of providing highly subsidised welfare, housing and compulsory primary education to the population, and was broadly successful. Libya was able to fund these policies almost exclusively by tapping into the largest oil reserves in Africa, a resource blessing that would eventually become a curse. The state was highly dependent upon revenues drawn from the sale of crude oil as a source of funding, and nationalised the petroleum industry during the 1970’s. Prior to this period, the Libyan economy was mixed, with potential for further private sector development. However, from 1978, Qaddafi oversaw a shift away from private enterprise, which he classified in his Green Book as exploitative.

The economy as a whole became consolidated under government authority as a result of Qaddafi’s quasi-socialist leanings, and the best form of employment for Libyans was henceforth almost always government affiliated. This had a significant impact upon the wealthiest and best educated citizens of Libya, and precipitated a period of capital flight, and a long term ‘brain-drain’ migration of the most gifted. Just as significantly though, it killed the opportunities for private enterprise, and outside of the highly lucrative oil industry, the Libyan economy became inefficient and politically constrained.

When the uprising began, the regime was outnumbered, haemorrhaging both money and men. (Image: Wikimedia)

Though he did not legally occupy a space within the system he created, Qaddafi was unquestionably the master of the Libyan state. In practice, Qaddafi ruled over the country with an iron grip, drawing his power from two sources; his symbolic role as leader of the revolution, and his command over an extensive security apparatus. The former was certainly significant, in particular during the early years the Colonel spent in power, yet the latter was decisive.

Qaddafi’s security apparatus was formed of two elements; a surveillance force, and a military force. In 1977, Qaddafi initiated the development of revolutionary committees, which were tasked to, “raise the general level of political consciousness, and devotion revolutionary ideals”. The practical implication of these groups, rather than to encourage political participation, was to cement Muammar Qaddafi’s control over the population by repressing political opposition to his rule. They functioned as surveillance units, and were so effective at sowing fear and discord amongst the population that people would volunteer information themselves. It is estimated that at the peak of the revolutionary committees’ activity, between 10 and 20 percent of the population acted as political informants.

As effective as they were at removing opposition though, the revolutionary committees needed an effective fighting force to back them up, should the population attempt to overthrow the regime. However, having himself come to power through a military coup, Muammar Qaddafi was highly aware of the potential threat posed by the military and deliberately understaffed the official armed forces as a result. The exceptions to this were the elite 32nd Brigade (commanded by his son Khamis), and external mercenaries and paramilitaries, both of which were prominent in the 2011 civil war.

In weakening the military though, Qaddafi propagated his own downfall. The army he created was poorly equipped, undermanned, and suffering from low morale. In seeking to remove a threat, Muammar Qaddafi instead created a vacuum. When the uprising began in February 2011, the regime was outnumbered, haemorrhaging both money and men, and though a rebel victory was never certain, it was possible, and principally so because of Qaddafi’s deliberate weakening of the one body that could have saved him; the army.

Next time, I will detail how the structural issues created by Qaddafi became crises for his successors, and how the failure to establish political unity has once more left Libya divided.