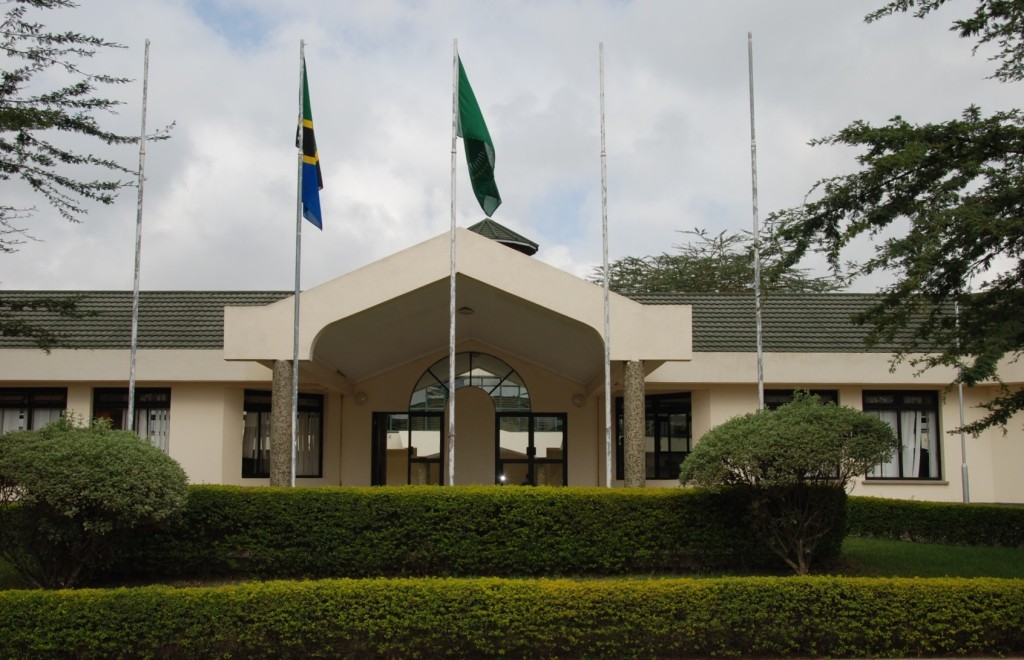 Ten years after its establishment in Arusha, Tanzania, the African Court on Human and Peoples’ Rights is still hampered by shortcomings that would render any court ineffective.  Whilst the willingness to establish a human rights court on a continent victim to devastating crimes against humanity is commendable, the Court is characterised by its closed doors and thus denial of access to justice.

Back in 1986 the then Organisation of African Unity (OAU) adopted the African Charter on Human and Peoples’ Rights. The Charter resembled international human rights instruments in Europe and the Americas and was to protect collective rights. The implementation of the Charter was to be overseen by the African Commission for Human and Peoples’ Rights which has sadly been widely discredited as a tiger without teeth as it is unable to declare binding judgements.

Human rights do not only need to be declared, but they also need to be enforced. This can be achieved on the level of sovereign states. However, all too often states themselves commit breaches of human rights and subsequently regional or international human rights courts present a valid tool to guarantee access to justice if domestic remedies are either unwilling or incapable of granting access. Thus, in 1998 the OAU adopted a Protocol which complemented the Commission with a court to be established in 2004.  Notwithstanding the high emphasis placed by the African Union on state sovereignty and non-interference, the establishment of the Court indicated that Africa’s objective was to place more emphasis on human rights. A step in the right direction was made.

Applications can reach the court via the governments of the member states, African intergovernmental organisations and the Commission. In addition, applications might be submitted by individuals and NGOs. The latter option, however, is optional in nature and is only available if the respective state has granted NGOs and citizens access to the Court. That is the crux of the problem. To date only six African states have granted access (Burkina-Faso, Ghana, Malawi, Mali, Tanzania and Rwanda). Further, only 24 out of 54 states have ratified the Protocol that set up the Court. One is inclined to ask how a court with such limited accessibility can support a Commission that has already been described as a toothless tiger.

Why the gap between rhetoric and action?

It is in the nature of states to attempt to avoid being scrutinized by the international community, but nonetheless governments often decide to pass certain aspects of their sovereignty to international courts. This is particularly surprising considering that a restriction of a state’s sovereignty by an international court is predominantly directed against the self-interest of state authorities as these are the possible defendants in a court case.

But governments are also rational actors.  Thus, the underlying rationale for some states to sign human rights treaties is not necessarily the intention to protect human rights. Instead, they might be hoping to reap benefits that accompany the signing of human rights treaties. Joining an international court signals regime stability and the independence of the judiciary, both of which attract investment and donors. Moreover, states may consider international courts as a mechanism to shame political opponents.

The benefits of ratifying human rights treaties, however, are accompanied by costs. Governments might be subject to embarrassment, their power is restricted and human rights enforcement requires financial and human resources. It does not come as a surprise, then, that some states may hope to reap benefits without having to bear the possible costs.

Uncertainty about the future effect of institutions established by states plays a major role and therefore possible risks need to be eliminated or at least controlled. What better way is there to control the work of a court than denying citizens and NGOs access to it?

The opposition to the Court in general and locus standi for individuals and NGOs in particular was significant during the talks leading up to its establishment. Mauritius expected a floods of cases coming in from international watchdogs whereas The Gambia pointed out that the “optional” access for individuals and NGOs ‘safeguards the integrity of the State and avoids vexatious and embarrassing actions being brought directly to the Court’[1]. These statements do not only seem to mirror the sentiments of many states, but also indicate that states are aware that they could be named and shamed if individuals and NGOs gain direct access to the Court. It further underlines the gap between the commitment to protect human rights in theory and its application in practice. Consequently, the high degree of opposition led to an amendment of the Protocol stating that access by individuals and NGOs is subject to state approval.

However, there has also been support to grant access to justice. Tanzania argued that individual access to the Court is necessary as the Protocol would otherwise be rendered ‘inoperative’[2]. Similarly, Burkina Faso, despite opposing individual access in the earlier stages of the draft processes, argued in favour of it at a later stage. So what is their rationale?

National aid and foreign direct investment is a significant incentive for states to be perceived as abiding to international norms in general and human rights in particular. Therefore, increased financial benefits for the recipient states might in turn lead to an amendment of their rational choice. Whilst signing up to the Court might bring benefits, allowing access to justice for individuals and NGOs might further these benefits and thus force states into making a decision that they otherwise would not have wanted to.

Furthermore, according to the Mo Ibrahim Foundation Index (2013), five out of the six countries granting access to NGOs and individuals (Burkina-Faso, Ghana, Malawi, Rwanda and Tanzania) are ranked in the top twenty African states in terms of governance. Notwithstanding the fact that some other states were placed in better ranks, it shows that these countries might have feared less negative collateral effects due to their comparably high human rights standards. The same countries had already brought cases against them and thus proved that they are willing to confront and address human rights issues. This is a step that is likely to be welcomed by donors and investors alike.

Notwithstanding the limited success, the Court still keeps its doors largely closed to the recipients and defenders of human rights. For the Court to live up to its expectations, governments need to realise the benefits they can reap in return for granting access to individuals and NGOs. That is, governments need to be aware of an increase in attention from donors and investors alike if they do not merely sign up, but also commit to human rights instruments. Increased commitment, not limited access, needs to be their rational decision. In return, the international society needs to reward states adhering to human rights standards by increasing investments.

In the last ten years little has been achieved as the Court has not been able to fulfil its objective. Whilst the establishment of a court aiming at the protection of human rights is commendable, access to the Court is quintessential in order to allow it to fulfil its objectives. Otherwise the very raison d’être of the Court is contradicted. The fact that a small number of states granted access offers hope for the future. This number might increase in the future when more states consider the increased benefits and amend their rational choice accordingly. A step in the right direction was made, but more needs to be done. Unfortunately, for now the Court’s doors remain closed for the large majority of Africans.

This article was originally published by the Humanitarian Intervention Centre, an independent foreign policy think tank seeking to draw attention to the consequences of action and inaction in the face of serious human rights abuses and violence against civilians the world over.