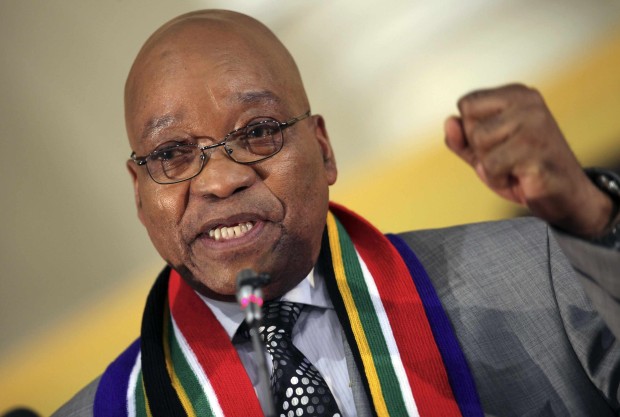 Whilst twenty years of democracy is an anniversary worth celebrating, it’s also a reminder that the struggle for equality is not over

Twenty years ago, in April 1994, South Africa held its first democratic elections after forty years of apartheid. Decades of segregation, injustice and suppression came to an end as the rainbow nation was born under the leadership of Nelson Mandela. South Africa was set on the right path, but equal rights were merely the foundation – not a guarantor – for equal economic opportunities.

This is all too evident two decades later in the build-up to the 2014 general election to be held on 7 May. Notwithstanding investments in education, health, housing and infrastructure, a quarter of South Africans are unemployed and nearly as many people live below the poverty line. To make matters worse, South Africa is one of the lowest ranking countries worldwide in terms of income equality.

Whilst there is a growing middle-class, many are being left behind. Simultaneously, the provision of basic services remains poor and corruption in the government sector is rife. In 2011 a survey showed that half of South Africans consider the government corrupt; an increase of 37 percent since 2002. In addition, the support for Jacob Zuma is steadily declining from 77 percent in 2009 to 46 percent in late 2013. This lack of trust is accompanied by an increasing number of violent clashes, such as the 2012 Marikana mines massacre that left 34 miners dead.

Crumbling support for the ANC

The ANC holds 264 out of 400 seats in the Lower House and 62 out of 90 seats in the National Council. According to recent polls, the support for the ANC currently stands at 65.5 per cent compared to 65.9 per cent in the 2009 election. Although the polls suggest that the ANC is likely to receive a two thirds majority, voters feel increasingly disenchanted with the progress of economic liberalisation. The lack of trust in the ANC’s ability or, indeed, willingness, to tackle the issues is on the rise and became all too evident when President Zuma was booed by thousands at Mandela’s funeral.

It comes as no surprise then, that this year’s elections might mark a turning point in South Africa’s post-Apartheid history.

The Democratic Alliance (DA), which received 16.7 per cent in the 2009 election, gained significantly and is now estimated to receive the support of 23 per cent of the voters in the upcoming election. The party’s increasing popularity was showcased in the 2011 municipal elections when the party won 21 per cent of the votes – a wake-up call for the ANC.

Moreover, the ANC is losing crucial allies, such as the National Union of Metal Workers, the largest member of the Congress of South African Trade Unions. Trade unions and the South African Communist Party have been in a tripartite alliance with the ANC since 1994.

The lack of support for the ANC has already caused division in the party’s inner circle when Julius Malema, the former leader of the ANC’s Youth League was expelled in 2012 for causing division among party members. After his expulsion, Malema founded the far-left wing Economic Freedom Fighters (EFF) party. Following Malema’s departure, the ANC Youth Wing was dissolved. This step in particular is likely to affect the ANC’s relation with the ‘Born Frees’ – the group of first time voters born after the end of apartheid.

Malema’s actions raised serious concerns not only within the ANC, but throughout South Africa as a whole. The EFF is inspired by Venezuela’s nationalisation policies and by the expropriation of white farmers in Zimbabwe. Furthermore, Malema stated:

“We are inspired by President Mandela himself. The real Mandela, not the artificial one that you guys have created for yourself. The Mandela who was ready to take up arms and kill.”

Such a statement emphasises the EFF’s focus on divisionism and nationalisation policies that proved already detrimental in other states. In a recent article, HIC’s Michelle McKenna wrote that since 1994 thousands of white Afrikaner farmers were killed in South Africa and whilst the South African Government denies any racial motivations behind the attacks, Genocide Watch considers the country to be in the ‘preparation stage’ of genocide against its white population.

Moreover, in 2012 Zuma was filmed singing a ‘struggle song’ titled ‘Kill the Boer’ – a term used to refer to white farmers in South Africa. A rise in tensions in the rainbow nation is evident and, most importantly, Zuma is not leading by example to preserve Mandela’s legacy of a country where all groups are hoped to live together peacefully.

Malema acknowledged that Zimbabwean approaches to the expropriation of farmers has led to havoc in the agricultural industry and caused hyper-inflation. However, he adds that capitalism as advocated by the west has failed as well. No doubt he is speaking on behalf of many South Africans when he criticises capitalism for its shortcomings in South Africa, but following in the footsteps of Venezuela and Zimbabwe is clearly not the solution. Interestingly, Malema is facing court charges of fraud, tax evasion and corruption whilst campaigning for the support of the poor.

Although the EFF follows with 4 per cent in third place behind the ANC and DA, support for Malema might increase significantly in future. Over forty per cent of EFF supporters are between 18-24 years of age and over half of young South Africans in this age group are out of work. This is the third highest youth unemployment rate worldwide and represents a grave danger for the future development of a country that was full of optimism less than a generation ago. If inequality is not addressed, the EFF and its politics of division is likely to harness more support.

Reason for hope through increased competition

Despite the fact that no party can claim to be the sole representative of a rainbow nation, the DA’s supporter base is the most diverse. Whilst 50 per cent of its supporters are white, 27 per cent are coloured, 20 per cent are black and 3 per cent are of Indian origin.

The ANC supporter base is less diverse with 96 per cent of its voters being black whilst the remaining 4 per cent is split between indians and coloureds. Of the EFF supporters 99 per cent are black, 1 percent is white. The young generation in particular consists of voters who feel less connected to the ANC and as the number of swing voters increases, the ANCs’ power is likely to wane.

Stronger competition between the parties means that parties have to deliver results in order to be re-elected. The time of complacency is over; instead a strategy for the improvement of the domestic economy, combined with stronger economic relations with other African states is needed.

The ANC is highly likely to win the May elections. However, its support is crumbling and if the party falls below the 60 percent mark, the majority is shaky. With the EFF gaining support and the DA’s increasing success, the ANC needs to wake up if it wants to remain the strongest party.

Nelson Mandela has laid the foundation for a free and prosperous South Africa and, notwithstanding the successes of the last twenty years, the country has not yet realised its full potential. Unemployment, the lack of reliable government services and policies focusing on division rather than unity need to be addressed as a matter of urgency.

Whilst twenty years of democracy is an anniversary that is worth being celebrated, it is also a stark reminder that the struggle for equality is not yet over. If South Africa wants to continue in the spirit of Mandela, it needs to further his legacy and build a rainbow nation characterised by unity and economic prosperity for all.

This article was originally published by LeftFoot Forward