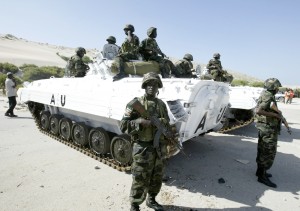 Known for topping the list of failed states, Somalia seems to be rising from the ashes of war and all its connotations. Its capital Mogadishu, infamously known for Black Hawk Down and often described as one of the most dangerous cities on earth, has seen a revival since August 2011 when AMISOM ousted Al-Shabaab fighters from the city after four years of intense battle.

Just a few days ago, AMISOM reported to have secured further cities in Middle and Lower Shabelle in the surrounding region of Mogadishu. Al-Shabaab announced a temporal tactical withdrawal – they have not yet returned.

A parliament has been elected, a constitution has been written, and refugees and UN workers return to Mogadishu. Turkey among some other states opened an embassy and Turkish Airlines, as the first European Airline in twenty years to do so, added the city to the list of its destinations. Further, and to the delight of the international community, piracy decreases. Construction material is being shipped into Mogadishu’s port on an increasing level and property prices rise. Art and sport has returned and restaurants can be found on the beach-side. A multitude of good news not heard for a long time form this corner of the planet.

“I keep saying Mogadishu is open for business. Reconstruction is at an incredible level”

The freeing of Mogadishu was a turning point and might not only make Mogadishu a more peaceful place, but also set Somalia on the right path to stability – an opportunity it had not seen for at least twenty years.

However, these good news should not serve as a reason for complacency and there is still reason to be be cautious. Al-Shabaab is not finally defeated, extreme poverty and violence are still widely spread, the democracy stands on shaky grounds and terror attacks are reported from neighbouring Kenya. 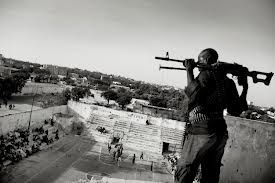 Besides altruism there are many reasons why Somalia’s stability is in the interest of the world’s community.

Poverty provides discontent – in its most extreme form a breeding ground for crime, war and terrorism. The fact that “Al Shabaab” is Arabic for “The Youth / The Boys” should remind us where terrorists affiliated with Al Qaeda recruit their fighters. Somalia’s population has a median age of slightly below 18 years, nearly two thirds are below the age of 24, and the youth unemploymentrate is at a staggering 67 per cent. It is not difficult to imagine in which direction Somalia were to head if these people would not get the opportunity to turn their home country into a stable and prosperous nation.

Security provided by international forces may lay the basis for a secure environment required for development. But rebuilding a state from scratch is only possible with a strong domestic will and a well respected civil society.

Assistance demands resources – lots of resources, that is, inter alia, tax payer’s money. In times of financial constraints and tight budgets this may come to the dismay of many people. But the medium age of 18 in Somalia accompanied by easy access to weapons and the lingering danger of Al-Shabaab, supported by Al-Qaeda, are just some of the considerations that indicate the risk attributed to this region. About 80 per cent of teenagers and young adults in a recent surveyindicated that they are optimistic about Somalia’s future. This optimism should be grabbed by the international community as it presents the best opportunity Somalia has witnessed in decades.