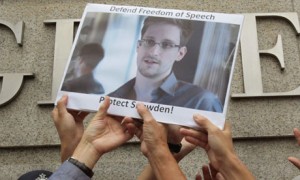 Due to Edward Snowden’s leaks, we now know that the United States and United Kingdom are monitoring communications data on a massive scale. I presume that everyone has read enough about this in the preceding weeks that I do not need to go into detail about meta-data and interception of data on fibre optic cables, so I will swiftly move onto why this is a bad thing and does not represent protection of our democratic rights.

GCHQ and the NSA are able to intercept near enough all online global communications, in fact, it is likely that you accessing this site has been automatically monitored by Tempora. Their defence has been that most of this information is automatically discarded by computers sifting through the information, allowing operatives to only physically review the data perceived to be of most interest. Whilst this may well be true, it does not make the systematic interception of our communications morally legitimate. At this point, I feel it is necessary to draw a comparison with the former East Germany. The Ministry for State Security, nicknamed the Stasi, was, before PRISM and Tempora, recognised as the largest internal surveillance operation in the world, with 90,000 employees, representing 0.55% of the population and a total network of approximately 300,000 informants, representing nearly 2% of the population. Naturally, the Stasi therefore received large amounts of information, much of it useless or redundant. The Stasi neatly filed all of this information away, resulting in records on much of the population of East Germany. This is clearly wrong and a complete abuse of the power of a Government. I would however contend that, just because useless data, as defined by the security agencies themselves, is discarded, this does not mitigate the fact that the data was intercepted in the first place. 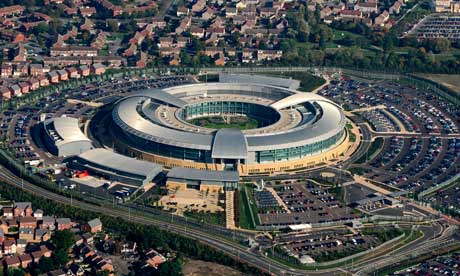 A democratic and free country is one in which a law-abiding citizen can guarantee their right to free speech, without interference by their Government. In a globalised communications world, it is very difficult for us to guarantee that another Government may or may not be intercepting our communications, however we should be holding our own individual governments to high enough standards to guarantee that we are not being spied on and non-threatening citizens of other countries are not being spied on either. This is clearly not happening at the moment.  Within a democracy, we are taking a gamble, we are saying “we want free speech”, “we want to be able to criticise our governments” and we want other people in our societies to have this right as well. To maintain a democratic society, we are therefore taking a risk, we let people who may not share our values to talk and possibly even plan against our way of life. In a democratic society, we have to allow this within reason, because the alternative is mass-monitoring of communications.

Some people say that if we have nothing to hide, we have nothing to fear. In response, I would suggest, what right does a Government have to monitor my communications? Governments globally know those sites which are used by people planning terrorist attacks in larger, more organised cells and can specifically monitor those sites in order to identify suspects. Secret warrants can be signed to allow for the interception of a specific person’s communications in a much more targeted manner than a system such as PRISM or Tempora would allow. For smaller cells, often representing a few friends who see each other in person very regularly, neither PRISM nor Tempora would allow for better identification. This is because these groups typically communicate between each other offline a lot more. To catch these cells before an attack is perpetrated, the best hope is that someone repeatedly looks up information online on the development of terrorist weapons or a tip-off is received. For the former point, targeted surveillance of individual sites is more effective and for the latter, integration of communities and good civilian-police relations are the key.

So, does this represent an attack on democratic rights? This really depends on how you define democratic rights. It does not affect your ability to vote or to criticise your government. It does not currently prevent your ability to organise or to protest, however it decimates your right to privacy. When you talk to someone on Skype, or send a text on WhatsApp, or any other one-to-one communication method, you expect only one other person to receive the communication. This can no longer be assumed. If we wanted security above all else, we would be much better suited with an authoritarian government, if we wanted freedom above all else, we would be much better suited with no government at all, modern democracies are at their heart a balance between the two. Such large-scale systems have historically also been shown to start with those people we can all agree should be monitored, but have a habit of creeping. Were there large-scale riots or anti-Government protests, can we guarantee that the Government won’t expand the net, to catch more information? If you are certain you can answer that yes, then you have nothing to fear from PRISM or Tempora, however if you suspect that your Government may well do such a thing for the security of the state, then you should be concerned about these new surveillance systems, because they fully have the capability to stop you from engaging fully in a free and democratic society.