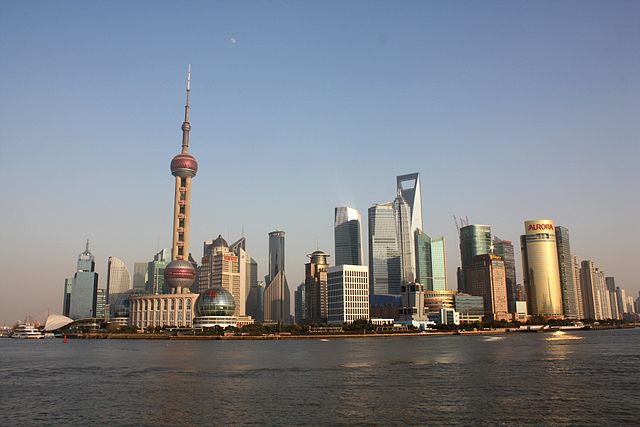 China’s new wave of economic reforms proposed at the Communist Party’s third plenum in November 2013 have attracted much attention. In an interesting Financial Times article from February 7th Rafael Halpin highlights China’s Premier Li Keqiang’s statement that the reforms “will be very painful and even feel like cutting one’s wrist”, pointing to the gruesome fact that the reform process necessarily carries a set of winners and losers. Halpin identifies three core areas of painful awaiting: the downsizing of the state, the shadow banking system, and anti-corruption. This will particularly target vested interests, core sources of lending, and luxury consumption, and therefore, the reforms will meet resistance. Economic reform always brings challenges to states that embark on it, and opportunities for actors that seize the possibilities of the new economic environment that is set to be created.

Many in the West that hope for a Western style opening of the Chinese economy might, nonetheless, get disappointed. At the recent World Economic Forum in Davos, when discussing the impending economic reforms, vice chairman of the National Development and Reform Commission (NDRC) Zhang Xiaoqiang stated that “China’s system is a socialist market economy, that means we need both the public sector and the private sector, and according to the constitution the public sector should control the strategic economic sectors.”

Apart from questions of efficiency and politically appointed positions in State-Owned Enterprises, the big problem is not the hybrid economy per se, but which kind of sectors that should be denominated as strategic in the future and thus be under state control. What has characterized the growth of emerging economies such as China is a selective and pragmatic approach to economic development with careful consideration of what, when, and how extensively to deregulate and liberalize, and what sectors that will be supported and kept under state control. Justin Lin, former chief economist of the World Bank, has also emphasized the importance of both market and state intervention in economic development, or what is termed “new structural economics”. Moreover, adopting a selective and pragmatic approach to economic reform, instead of ideological prescriptions for economic policy-making, is exactly where China differs from some of the economic advice that disseminate form the West. As accentuated by Orville Schell and John Delury:

“Unlike democratic political reform in the West, which developed out of a belief in certain universal values and human rights as derived from a “natural,” if not God-given, source, and so were to be espoused regardless of their efficacy, the dominant tradition of reform in China evolved from a far more utilitarian source. Its primary focus was to return China to a position of strength, and any way that might help achieve this goal was thus worth considering. What “liberté, egalité, fraternité” meant to the French Revolution and to the making of modernity in West, “wealth, strength, and honor” have meant to the forging of modern China. As a result, Chinese reformers tended to inhabit what looks to Western eyes like a pragmatic kingdom of means, rather than an idealistic world of ends”

Another aspect just as important as the proposed reforms of China’s economic system and that seriously might threaten social cohesion is negative externalities from economic growth. Rising income inequality, environmental degradation, and food safety represent critical challenges that if not dealt with could cause serious damages to future social stability. The rule of law, the hokou system, and equal access to health care and the school system are other areas where reform is important, but equally challenging. The problem of environmental degradation also requires a fundamental change in the growth model and the energy systems. At best, changing these problems is part of an incremental process, but in the meantime social unrest is growing. In 2011 over 180 000 “civil disturbances” were recorded in China, making the costs of maintaining social stability exceed the military budget. This is the very reason for the near obsession of the Chinese Communist Party to maintain regime security and internal stability.

It is widely acknowledged that continued economic development is an important source of legitimacy for the Chinese Communist Party. It can be stated that “China’s citizens are simply displaying the well-known preference for growth over democracy”. Yet it is but one source of legitimacy coexisting with others. And legitimacy can decline, either through performance crisis – potentially as a result of unsuccessful handling of the growing negative externalities of economic growth – or through value change, which have been noted in a number of studies and suggest that “development, revolutionary heritage, or nationalism may wear thin as sources of legitimacy in the future.”

Although the world is not moving toward the end of history (the world is certainly not free from authoritarian rule and even the substantive content of many democracies can be questioned), what emerged victorious after the collapse of Soviet communism, according to Philip Bobbitt, was the view that “government by consent, freely given and periodically capable of being withdrawn is what legitimates the nation-state. Government under law – not government that is above the law – provides the means by which states are legitimated.” If China’s underlying social contradictions resulting from an unbalanced growth model are not resolved Beijing might face social challenges of greater magnitude than depicted by vested interests and anticorruption measures. It remains to be seen if the Chinese leaders will come up with yet another competent and pragmatic solution to its growing social and economic contradictions.