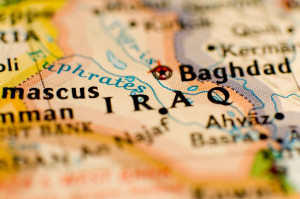 In my two previous posts, I argued that in situations of insecurity and uncertainty individuals will more intensely identify with one group more than another. I also argued that exclusionary regime practices have fuelled sectarian tensions. Today, the capacity of the Iraqi state is still tenuous and the sectarian tensions that embroiled the country after the invasion could re-emerge. As reported by the International Crisis Group, long-term stability for Iraq will require resolving disputes over federal relations.

In this post, I attempt to answer the following question: could a restructuring of federal relations in Iraq create a lasting peace?

Two contrasting forms of federalism are meant to create social harmony in heterogeneous societies. Territorial federalism has the goal of pluralism and the breaking down of group boundaries. As an example, Nigeria’s internal borders in 1960 demarcated the Northern Region, the Western Region, and the Eastern Region; these borders roughly corresponded to the geographical location of the three largest ethnic groups. More importantly, this arrangement was intrinsically unstable as the economic clout of the northern region bred mistrust between Nigerians.  Today, there are over 30 regions and borders do not correspond to sectarian divisions and in some cases deliberately cut across ethnic, religious, or linguistic lines. Minorities have been protected through the creation of regions in which national minorities are majorities within their own regional borders.

Consociationalism is intended to recognize the autonomy and uniqueness of different groups.  This is built on elite accommodation through power-sharing, representation by proportion, a minority veto, and group autonomy. As an example, Ethiopia’s House of the Federation guarantees representation for all nations in Ethiopia, and its constitution recognizes the right of all nations to secede. Above all, its federal arrangement is one between groups, not between individuals.

There is a third approach to federalism. Regional federalism aims to create the pluralism of territorial federalism by drawing internal borders that avoid, though not entirely, matching ethnic, religious, or linguistic boundaries. As Reidar Visser writes, regionalism is an “approach that brings together citizens of a given territory despite other social factors that may set them apart.” Cooperation between citizens of differing sects is logical when such citizens reside in the same region. Yet regional federalism also allows for diversity. This is because in regional federalism there is a diversity among the regions that is based on non-sectarian identities. The regions would be empowered by the devolution of power from the central government along territorial lines.

Section 3 of the constitution is worth examining, in particular Articles 115-125.  Article 116 stipulates that Iraq is made of a decentralized capital, governorates, and regions. Article 117 recognizes the autonomy of Kurdistan, which is comprised of the three governorates Dahuk, Arbil, and Sulaymaniyah.  The governorates do not enjoy the same level of autonomy as the regions and Article 121 outlines the powers granted to regional governments, such as the power to create a regional constitution.

Arguably, the constitution actually creates a weak central government. Article 115 gives residual powers to the regions and governorates implying that in a situation where legislation between the central government and the sub-units conflicts, the legislation of the sub-units will be favoured. More importantly, Article 119 would appear to negate Article 1. Whereas Article 1 declares that the constitution will guarantee the unity of Iraq, Article 119 declares the right of all governorates to join together to form regions. For governorates to form a region there must be support from one tenth of the voters in each of the governorates concerned or support from one third of the council members in each of the governorates concerned.

The constitution does not make it difficult for governorates to join together to form regions, but in practice the Iraqi parliament has required that petitions to gain regional status must be referred to parliament and Prime Minister Maliki has worked to block such referrals to parliament.  Moreover, although the Kurdistan Regional Government exercises substantive control over its governorates it is in some ways dependent on the central government. 95% of Iraq’s budget is provided by oil wealth and at least 80% of the revenue from oil ends up in the coffers of Baghdad; the KRG maintains that Baghdad has yet to provide Erbil with its fair share of the budget.

In practice, the constitution has not allowed for a flourishing of diversity, something which was identified as being one element of regional federalism. Article 125 guarantees “the administrative, political, cultural, and educational rights of the various nationalities, such as Turkomen, Chaldeans, Assyrians, and all other constituents, and this shall be regulated by law.” In practice, Article 125 is not uniformly enforced and non-Muslims are disproportionately victims of violence.

95% of Iraq’s budget is provided by oil wealth and at least 80% of the revenue from oil ends up in the coffers of Baghdad (Image source: AP)

Kirkuk represents an important point of discussion on enforcement of Article 125.  Kirkuk has been called a “microcosm” of unresolved issues on disputed territory, administration, and control over oil and gas. The city of Kirkuk has also been called the “Jerusalem” of the Kurds and the governorate contains 15% of Iraq’s oil.  It is one of the territories under dispute between the KRG in Erbil and the central government in Baghdad, and ongoing tensions between Turkomen, Christians, Shi’ites and Sunnis suggests that Kirkuk could be a flashpoint between Erbil and Baghdad.

Local leaders in Kirkuk are often brushed aside by political elites in Erbil and Baghdad, thus Hanauer and Miller at the Rand Institute argue that empowerment of local leaders who are representative of their constituents could help focus the political debate on concrete issues and move the debate away from “intractable nationalistic imperatives.” As in Nigeria, transplanting issues from the national discourse to the local discourse can help stabilize the system since at the national level ethnic, religious and linguistic tensions take on symbolic meaning. The empowerment of local leaders could contribute to facilitating networks of trust to allow for peaceful co-existence. Over time, interaction of individuals at the workplace and in community organizations could foster inter-communal and interethnic ties through the promotion of regular interaction of individuals from different groups.

But what is the likelihood of federal relations being restructured?  For a peaceful settlement to emerge between two or more parties, leaders of the conflicting parties must perceive that they are in a situation in which neither can defeat the other and that an impending catastrophe will harm them both if no settlement is reached. Thus the timing must be “ripe” for peace. This is what Zartman calls the “mutually-hurting stalemate.” What ended the civil war of 2006-2008 may have been the recognition of such a situation, as some commentators have argued that the reduction in violence had more to do with fatigue from violence than with prudential leadership. As of today, it would appear that Iraqi political elites have yet to perceive a mutually-hurting stalemate. Maliki, who has condemned federalism, is unlikely to pursue a policy of restructuring federal relations and he continues to enjoy the support of Tehran and Washington. Thus, the situation in Iraq is as grim as ever, and as historian Toby Dodge concludes in his most recent book, the lives of most Iraqis are comparable to how they were before the fall of Saddam. 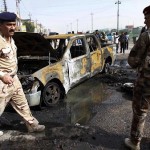 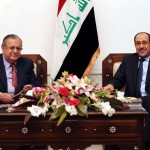 Exclusionary regime practices and their impact on post-invasion Iraq

Violence continues to embroil Iraq and that violence more often than not is along the fault lines of religious and ethnic groups.