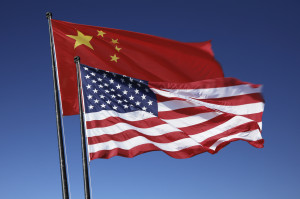 The 21st century will be the century of Asia. The incredible economic growth of China, building on the 20th century successes of Japan and the Asian Tigers, signals a shift in the focus of the globe from Europe, with America in the West and everything else East, to Asia, with Europe in the West and America, interestingly, in the far East. The sheer manufacturing power of China, combined with the financial control it maintains through its huge trade surplus and resulting stockpiles of foreign currency, has led to even the most skeptical critics acknowledging the advent of “the Rise of China.” But can such a rise be peaceful? Or will it, as many fear, inevitably result in a clash with the  US?

What Makes a Superpower?

The US (and by extension the West) defined the 20th century. Its economic, technological and military supremacy have been absolutely unchallenged, and its decisive role in WWII allowed it to literally write the rules of the world as it saw fit, giving itself a veto on the UNSC and establishing the US-centric Bretton Woods system. Its economic recovery after the war (compared to more sluggish recovery of the ravaged European countries and former colonies) allowed it to quickly establish its economic supremacy, which also allowed considerable technological development while the rest of the world played catch-up. These together with a high defence priority allowed for the creation of a highly-trained professional military force with cutting-edge hardware and doctrine.

Even during the Cold War, poor central planning meant that the resource-rich Soviet economies stagnated and fell behind, and despite devoting a huge chunk of GDP to their military they were unable to seriously compete with the US. The Vietnam disgrace notwithstanding, the US was undeniably the greatest military, economic and techonological power, and it used these to maintain its influence around the world. The decline of the Soviet Union underlined US supremacy towards the end of the century, and the world seemed, for a brief time at least, to be undeniably Western-centric, with Europe and America occupying the centre of the map.

The Rise of China

One outspoken critic of this view was Immanuel Wallerstein, who in 2003 published “The Decline of American Power, arguing that contrary to popular opinion the US’s influence on the globe was beginning to slip. Even before this, the recovery of East Asian economies like Japan and the Asian Tigers, who rejected the Washington Consensus in favour of alternate models of growth, threatened the US’s position as the economic masters of the globe by showing that countries could develop by employing policies that America condemned. In the late 1980s there was even serious discussion about the threat of Japanese economic overtake, though by this point the Japanese economy had liberalised and conformed to US expectations (for more on economic development of East Asia read Ha-Joon Chang’s excellent Bad Samaritans).

China’s post-Deng economic miracle has further undermined US hegemony. China’s economy is predicted to overtake the US by late 2015, and already it seems to be asserting its dominance in Asia-Pacific. China is becoming “a new sun in the solar system, and all the planets are re-adjusting their orbits,” according to one recent article, as it pushes forwards on the Diaoyu/Senkaku dispute with Japan (the key US ally in the region), the RCEP scheme in opposition to US-led TPP, and continues to insinuate itself into ASEAN activities. The recent awarding of key Turkish defense contract to China’s CPMEIC over the US’s Raytheon company (manufactor of the Patriot system that makes up the NATO missile shield) suggests that China is now beginning to challenge the US on both military and techonological dominance as well. China is clearly contesting US power in Asia-Pacific, and indeed the world, but will this contest necessarily lead to open hostility between the two powers, as one seeks to supplant the other? 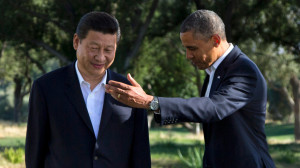 Will the US let China take the lead? (Photo AP/Evan Vucci)

The Rise of America

It is often said that history is the only laboratory of political science, and so it pays when analysing contemporary affairs to look back to historical cases. America’s own rise, and subsequent dominance of the 20th century, is often considered to have begun in WWII. Such a world-changing war allowed for the reshaping of the international system with a new master, it is argued, and so for a new, Sino-centric system to emerge in the 21st century a conflict of similar magnitude must occur.

However, an often overlooked fact is that while America may have forged its own hegemony in the fire of war, that war was not directed against the empire which it was supplanting as master of the world. If the 20th century belonged to America, then the 19th was Britain’s, and America fought alongside Britain in WWII. Britain itself claimed “lead economy” status from the Netherlands after siding with the Dutch to thwart French expansionism, the Netherlands claimed it from Portugal after freeing itself from Spanish control (while Portugal remained subject to Spain), and Portugal became Europe’s greatest power after discovering the Cape of Good Hope and breaking the Venetian monopoly on Eastern trade, as John Darwin describes in After Tamerlane. Wars may provide the opportunity for newly powerful nations to assert their dominance and reshape the world order as they see fit, but history tells us that these wars need not be directed against those that the emergent power seeks to displace.

We know that conflict is not necessary for one nation to displace another’s global supremacy, but is it likely? For China and the US both, the cost of direct conflict may well outweigh any benefits they hope to achieve.

The bedrock of realist security paradigms since Hiroshima, so beautifully parodied in the movie that inspired the title of this article, is MAD: Mutually Assured Destruction. According to this doctrine no two countries with second-strike nuclear capability will ever engage in unlimited war, as both knows that the destruction of one can only mean the destruction of the other. Even throughout the Cold War years no two nuclear countries ever engaged one another on anything more than a limited level, usually (as in the Sino-Soviet conflict) over border disputes.

Today we might argue that this is complimented by another form of mutually assured destruction, not of a nuclear but of an economic nature. The level of economic and financial integration that characterised the world today means that any conflict between the US and China would devaste the economies of both. Closure of US markets to China would cripple the export-led Chinese economy, while a wholesale release of the foreign currency China has been hoarding as a result of its massive trade surplus would trigger inflation beyond any reasonable hope of recovery: a realist take on liberal “capitalist peace.”

A (Maybe Not So) Peaceful Rise?

However, even with these costs, conflict is still possible on both Chinese and US side. While unlimited aggression is prevented by nuclear capability on both sides, there is still the potential for marine warfare, possibly centered around Chinese shipping lanes to the Middle East (on which China is largely dependent for energy).

On the Chinese side, a continued failure to address domestic issues like inequality and pollution, or a failure to deliver on the high economic growth that serves as the CPC’s legitimising platform, could lead to a “rallying around the flag” by Beijing, seeking to unify the nation against a common foe. While this is unlikely to be the US itself, issues like Taiwan and the Daioyu islands could well serve as a rallying points for patriotic unity, and the US could well be pressured to intervene if action was taken.

Assuming that China’s situation continues to improve domestically as well as internationally, the US itself could prove the impetus for war. As a democracy executive decisions are guided to a much greater degree by public opinion, and as China begins to replace the US as the center of the world (and the US is relegated to the “Farther East” of Asia), domestic resentment (and hostility) towards China may well grow. If this is unchecked pressure will mount on US leaders to check China’s growing power, which would heighten tension and greatly increase the chances of direct military conflict.

If this is to be avoided, the US must, as Britain did at the end of the 19th century, gracefully step off its platform as the world leader and work with China, not against it: much as Britain has done in the 20th century to the US. It should seek to improve relations with China, increase domestic cultural understanding through education, and work hard to avoid an inflamation of any unresolved international or (Chinese) domestic issues that could incite further tension. The center of the world is shifting, and the US needs to accept its new place on the globe. The ability of China to rise peacefully depends just as much on Washington as Beijing.