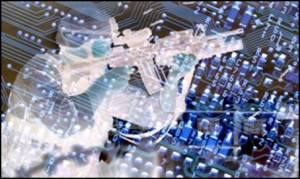 The U.S.-China summit held on June 8th was a venue for U.S. President Obama to discuss and perhaps even confront China on its aggressive activities in cyberspace. After all, China seemed to be misbehaving in waging cyber attacks that compromised U.S. security. Earlier this year, Mandiant, an American cybersecurity firm, traced cyber attacks back to a Shanghai-based unit codenamed 61398 which is attached to the People’s Liberation Army. Defense Science Board, a senior advisory group of government and civilian experts, mounted more evidence revealing a list of advanced U.S. weapons systems compromised by Chinese cyberespionage.  Compromised weapons systems included; F-35 and FA-18 fighter jets; anti-missile defences like the Patriot and Aegis systems; the new Littoral Combat Ship and the Global Hawk unmanned surveillance plane that partially account for American military advantage. Due to the possibility of China accelerating development of weapons systems after accessing the designs, fears that this could prove costly to the U.S. if a future conflict were to arise were widespread.

Among politicians and scholars in the U.S., incidents of cyber espionage and perhaps even cyber war are more often than not part of reality. Leon E. Panetta, former US defense secretary, warned that “it is very possible the next Pearl Harbor could be a cyber attack.” Discussions about how cyber attacks are a threat to U.S. national security and pleas urging the government to fend off a potential cyberwar are increasingly coming to the fore in the past few years.  In “Cyber War: The Next Threat to National Security and What to do About It,” Richard A. Clarke and Robert Knake describe fear-mongering scenarios ranging from widespread blackouts to releasing chlorine gas from chemical plants that may be more hype than reality. While this image is a bit overblown, it demonstrates the threat Americans feel in the realm of cyberspace. President Obama in 2010 authorized the creation of U.S. Cyber Command, a sub-unified command within the Department of Defense, in order to centralize the military’s cyber operations. Given both the threat to U .S. national security and incidents of China’s cyber aggression that seemed to be confirming their fear, it was only a matter of time before U.S. officials directly confronted China on the issue of cyber attacks. Everything seemed to be going right for the U.S. but what went wrong alas?

On June 6th Edward Snowden, a former contractor for the National Security Agency (NSA), leaked information regarding PRISM to the Guardian and then the Washington Post. PRISM, a clandestine surveillance program run by the NSA, collects data held by U.S. companies including Google, Skype, Facebook and PalTalk, a chat service owned by AVM Software. The revelation of this program, as the Chinese might say, points to American hypocrisy. The Obama administration had alleged that it suffered from cyber attacks most likely originating in China while downplaying its own surveillance program. What is more, the surveillance program prompted wide concerns about spying on European allies just ahead of American-EU trade deal, which may be mired in mistrust now. In addition, Snowden leaking NSA methods of hacking into overseas targets including the Middle East, Europe, East Asia and South Asia could prompt them to take defensive action. 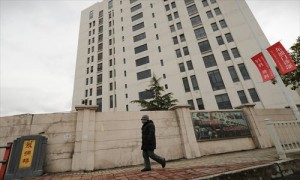 The alleged Shanghai-based unit codenamed 61398 which is attached to the People’s Liberation Army. Source: AFP

While the fact that the United States is spying on China comes as no surprise to the Chinese, the revelations and timing of Snowden’s evidence on PRISM definitely was a game changer, tipping the balance in favour of China. It could be seen that Snowden’s disclosure overshadowed the U.S.-China summit. Even though Chinese Premier Xi Jinping and President Obama did not see eye to eye on cyber security during the summit, President Obama could potentially bring issues to the table. In an interview with South China Morning Post newspaper Snowden claimed that the NSA targeted civilian facilities in Hong Kong and mainland China. This means the United States might find it all the more difficult to criticize China for conducting economic espionage to the detriment of the U.S. Even as the two nations decide to set up a U.S.-China cyber security working group to resolve their differences and build trust, the United States does not hold the same leverage over China as it did before the Snowden debacle. Factors such as China’s military modernization and U.S. pivot towards Asia- Pacific further fuel tensions even as they plan to work together in hopes of cooperating.

China may be able to deflect U.S. charges levelled against itself on industrial espionage but the U.S. certainly cannot afford to put a damper on this matter. To put the losses to U.S. companies in perspective, an independent commission led by Dennis Blair, a former director of national intelligence, and John Huntsman, a former U.S. ambassador to China, reports China is responsible for the theft of 50 to 80 percent of American intellectual property (IP). Huntsman notes the United States loses some $300 billion each year; the exact figures of industrial espionage may vary. The growing impatience with cyber theft is widespread among government officials. At the Strategic and Economic Dialogue, Vice-President Joe Biden asserted that “outright cyber-enabling theft that U.S. companies are experiencing now must be viewed as out of bounds and needs to stop.”

Many U.S. officials call for more stringent policies penalizing IP theft but different takes on what constitutes cyber espionage ultimately complicates the issue. While the U.S. makes a distinction between standard government espionage and theft of intellectual property, China sees a fine line dividing the two. For China, Washington posing as a cyber espionage victim and demanding others behave well is baffling after Snowden’s revelations. In fact, Huawei, a Chinese telecom company, and other Chinese companies may see these accusations as American resentment at the rise of Chinese firms to rival their own. Despite differences between the U.S. and China, the U.S. needs to bring cyber theft, which hampers American companies and interests, to the centre stage. 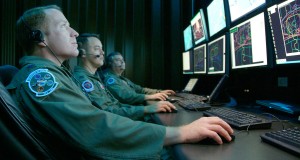 From the dugouts to the internet –  security and warfare in the 21st century. (Image source: Thenewnewinternet.com)

For the U.S., industrial espionage appears crucial for sustaining China’s economic growth especially after it recently experienced sluggish growth as it reduces dependence on exports and capital investment. But still the U.S. implicating China in cyber espionage and specifically calling them out on the theft of intellectual property raises alarm in China. China Daily wrote that “Washington is trying to dictate the rules for global cyber domain” by labelling cyber espionage activities either ‘good’ or ‘bad.’ Economic espionage is prohibited in U.S. domestic law but not international law, which points to the U.S. taking the lead in governance yet again. This view of U.S. trying to dominate cyberspace would create friction at best as the two largest economies tackle issues looming at the backdrop including climate change and North Korea’s missile and nuclear testing. With China’s rise and the revelation of PRISM, the United States needs to reconsider its next tactful move in the changing game of chess it plays with China.